Lifting of secrecy for felonies. An interview of detective Pelekasis Nikos in the newspaper “Democracy”.


Lifting of secrecy and surveillance of suspected criminals

The Communications Privacy Authority announced that 9,276 decisions to lift confidentiality were issued in 2011, compared to 6,400 in 2010. An increase of 69% without knowing how many requests were refused, and certainly a lot more are expected in 2012. The increase is both alarming and expected, as crime is in the red. Domestic and foreign criminals equipped with new technology systems are endangering citizens and the security of the country.

The state, wanting to protect citizens by compensating benefits, sacrifices a good to save a supreme good. It provides for the lifting of secrecy by referring the police to the judicial authorities. They, following the procedures laid down by law and strictly assessing the evidence, decide whether or not to accept the request. If the request is accepted, the conversations are recorded, analysed, the communication codes (slang, slogans, innuendos) are broken, evaluated and, if there are criminal offences, presented to the judicial authorities. In any other case they are destroyed. The same infamous suitcases are equipped with identification software and are checked by a committee regularly. Indiscriminate use and interference is impossible. There is no interception of conversations without serious indications of criminal acts and without a judicial order.

Lifting of secrecy for felonies: 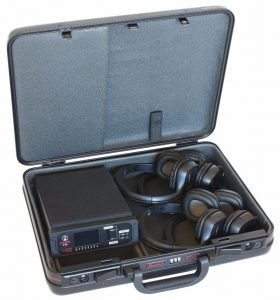 Technology and its role in solving cases

It is a fact that the Police have in this way solved major cases, stopped many crimes and dismantled circuits at their birth. With the technology and know-how at its disposal (despite the reduction of costs and salaries), it does not hesitate to take on criminals, showing every day that Greece will not become a paradise of outlaws. However, this increase is a consequence of the increase in serious crime. The lifting of secrecy is for felonious acts and this should indeed worry us. For this reason, however, technology is becoming a weapon in the hands of the authorities, so that they are always one step ahead of the criminals in their efforts to protect society and citizens.

Lifting of secrecy for felonies. An interview of detective Pelekasis Nikos in the newspaper “Democracy”.