Artificial theft or destruction of cars

Information security in the enterprise 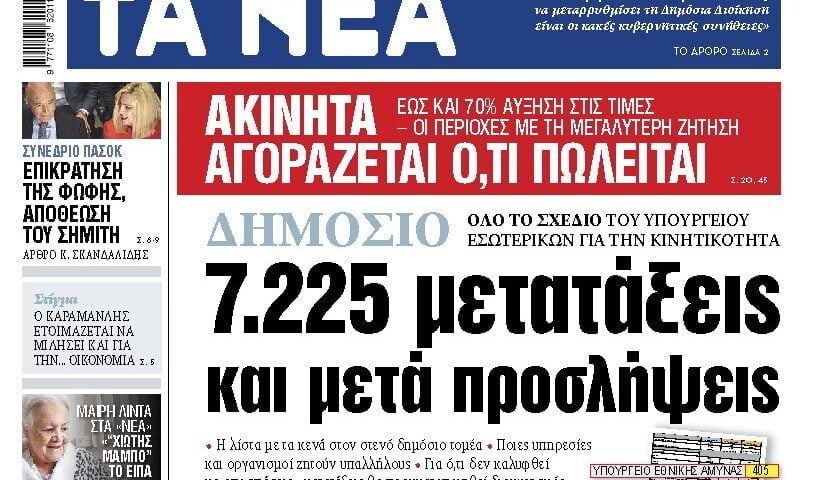 Artificial theft or destruction of cars. An article by Nikos Pelekasis in NEA.

Many owners of large cars are becoming thieves and destroyers of their cars. The aim is to collect the money from the insurance policies. Many owners of very expensive models, no longer able to maintain them and given that their resale value has fallen to a minimum, try either on their own or by hiring professional thieves to get rid of them in order to collect the price of their insurance policies. Strange cases of total destruction of luxury cars have more than doubled in the last year. Especially from October onwards we are dealing with at least 10 incidents a month, when previously there were only one or two suspected incidents. As the period when owners have to pay road tax approaches, the number of deliberate thefts increases. So explains an insurance company executive to the NEA. In cases of total destruction, companies have to pay compensation after 48 hours. In case of theft the victim has to wait for three months before receiving the insurance money. But incidents of luxury cars being consigned to the flames have been on the increase. So companies have now contracted private detectives to investigate theft cases. That is whether it is the real one or was done by the owner himself to collect compensation. Artificial theft or destruction of cars: 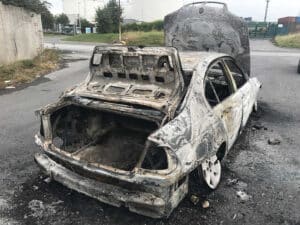 Attempt to defraud an insurance company by a luxury car owner

A few days ago a Porsche Cayenne was found burnt to the ground in a deserted area in Koropi. The owner had reported the theft two weeks earlier. He had claimed that the thieves of his luxury car were blackmailing him. If he didn’t pay them, he would never see it again. The value of this particular model on the second-hand market is currently at 12,000 euros due to the crisis. Due to its total destruction, the owner could almost immediately collect 32,000 euros, based on his insurance policy.

We assigned the case to a private investigation agency and it turned out to be a well-planned operation to defraud us, says an insurance company executive. The first suspicions were aroused by the fact that the owner could only hand over two of the official keys. He had been given three when he bought the car and had no excuse for the missing third. The car was also found locked with the windows open, which did not fit the theft case. As for the equipment, the remains of a plastic container which the perpetrators had filled with petrol were found inside. A rope ran from the can and ended near the gear lever. There was a reso that was used to ignite the rope and give the arsonists the necessary time to leave the area without arousing suspicion. As the owner was eventually forced to admit, he had given two friends the key to “steal” the car. The purpose was to set it on fire because he needed the money and could no longer maintain it. In the end, instead of the 32,000, the “victim” not only lost his car, but had to pay the investigator’s expenses,the expert, the pyrotechnician, the technical consultant and anyone else who was needed to help prove the fraud against the insurance company.

The 2 categories of perpetrators according to the detective

“There are two different categories of perpetrators”, explains Nikos Pelekasis, a private detective who has undertaken the investigation of many suspicious cases. “The first category consists of amateurs. The owner or a friendly person leaves the vehicle covered in a spot that they check periodically. In this case the culprits will definitely be found.” One such case was recently identified with the owner of a Porsche Boxter as the perpetrator and a Pakistani man as the unwitting protagonist. The owner of the Porsche had abandoned the vehicle in Kallithea. He had covered it with a hood, reported it stolen, left it unlocked and waited for three months to pass before receiving the hefty compensation. The Porsche’s permanent resident, however, had become a Pakistani immigrant who had found luxury shelter. Until he was reported by local residents, and arrested by the police. Thus, just before the three months expired, the Porsche was returned. A similar misfortune befell the owner of a Hyundai Santa Fe jeep who had hidden the car under a hood. Unfortunately for him, however, after a few weeks of paving works in the area, the vehicle was removed by a crane and returned to its owner. The second category, according to Mr Pelekasis, is the professional ‘expropriators’. For a fee they undertake to steal the vehicle, keep it until the owner is compensated and inform him of the insurance company’s shortcomings. Artificial theft or destruction of cars. Private Investigator Pelekasis Nikos