It is a fact that the coronavirus has affected many aspects of human life and human relationships. Our everyday life has changed radically compared to two years ago. Tele-education, teleworking, distancing, much more hours at home, lack of spending on entertainment and also distancing from friends and relatives. The market and economy has been steadily declining downward and no one knows when this pandemic will end or what will happen.

With this situation prevailing couples, husbands and wives and families have been forced to spend many more hours of the day in the same place. This combined with the difficult economic situation of most households has highlighted problems which in the past did not exist or at least were not felt. For the most part the habits of the average couple were to eat together in the morning and to be together in the evening after several hours of work, unlike now.

As our private investigator Pelekasis Lefteris reports, cases of marital infidelity of both sexes have almost doubled. The calls we receive as a private investigation agency on a daily basis have exceeded all previous records. The most unfortunate fact is that in over 90% of cases the instinct comes out right and infidelity does indeed exist. The difference with previous years is that introductions and contacts are now mostly made electronically before the final act is carried out.

There is a time gap and an unjustified or falsely excused absence from home which is naturally noticed.

In contrast, in the pre-crown era there was still a large proportion of people who made an acquaintance at work, in a café or a nightclub. There were also more ‘flexible’ hours in terms of absence from the home, since work required physical presence. Many business meetings were held indoors and outdoors, which is now avoided.

The fact of confinement brought the couples’ good and bad moments closer together. It revealed psychological problems of many people which had not come to the surface until that moment. The phenomenon of divorce in many cases seems unpleasant, but let us consider the percentage of murders – femicides that took place in 2021 and how much the percentage of violence, both verbal and physical, between couples has increased.

Empirically from the more than 30 years that we have been dealing with the field of private investigations, we believe that, at least in Greece, we are statistically in the worst period in terms of these acts and we see this in fact not only from the news but by discussing with dozens of men and women who have assigned us their cases. 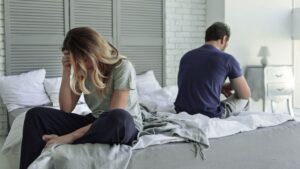 As attorney Anna Deuteraiou told us in 2021 we saw the numbers of divorce filings skyrocket dramatically as did the rates of domestic violence. The cases we take on as a firm have increased dramatically. There are domestic violence, divorce, child custody, etc. cases at a much higher rate compared to previous years. We are receiving calls many times late into the night from women requesting divorce in an out of state situation.

What is most distressing is that some of these wives who while reporting on the phone that they were beaten or harassed either physically or psychologically in the process regret filing for divorce or suing the abuser partner in question. This may be caused by intimidation and psychological pressure from the abuser, or by the victim themselves mistakenly believing it was an act that will not be repeated in the future.

Due to the extent that the above phenomenon has taken, every woman and every person in general, needs to know that the infliction, by a family member on another family member, of physical injury or damage to health, as defined in detail in the Criminal Code, constitutes a criminal offence and carries prison sentences up to imprisonment.

In fact, the application of these articles applies not only to family members but also to the permanent partner, and to the children of both or one of them, if they are cohabiting, as well as to former spouses.

At this point it is worth noting that criminal proceedings for the above offences are initiated ex officio and the procedure of Articles 417 et seq. of the Code of Criminal Procedure, i.e. the ex officio procedure, is followed against the perpetrator. Therefore, if anyone “found” to be a victim of domestic violence has the right to file a complaint against the perpetrator, while the investigating officer or the police officer may arrest the perpetrator under the auto-procedure and bring him or her before the competent public prosecutor, who may also refer the perpetrator directly to trial. Any person subjected to such behaviour should not allow it and should initiate legal proceedings to safeguard their physical and mental integrity.

And in case he fears that any initiation of criminal proceedings will confront him with renewed aggressive behaviour by the perpetrator, he is advised to be aware that the relevant law gives the possibility to impose restrictive measures against the perpetrator, including removal from the family residence, relocation, prohibition to approach the victim’s residence and/or work premises, residences of close relatives, etc.”