I hired a detective

It is certain that such an act burdens the victim for all the
the rest of his life not only practically but also psychologically. 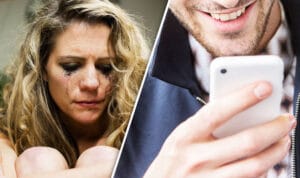 Such videos are exchanged between groups large or small in the
social media and can be uploaded to pornographic
sites or remain on the device for some time.
Many videos are filmed with the knowledge of both parties, but from hidden videos that may be hidden in the background.
cameras. In any case this should be avoided
even if the videos are deleted afterwards. As reported by
private investigator Pelekasis Lefteris “there is the possibility for
to recover deleted data and so the video is retrieved
unaltered.

Periodically people visit our office for
such cases. They are looking for where the address corresponds
where the video was uploaded as well as ways to download it. Η
trust of the moment to our partner, an ugly
and the supposed display of bravery and power by the
are some of the reasons for uploading such a video. We have
we have seen cases of blackmail to make the material public but
and others of buying and selling material for private collections especially if
the participants are public figures, models, etc.
Several times we see from people even of a younger age
similar videos. which, although when they are leaked, cause
irreversible effects on the victim which follow for years.”