One fact that concerns all large businesses in today’s technological age is the security of data stored on computers.

The importance of critical data

It is a fact that several times malicious software has been found on users and financial information, tender offers, customer lists and even personal information and documents have been leaked. The interception of this information can be disastrous for a company operating not only in the private but also in the public sector.

Antivirus can stop such software to a satisfactory level, provided that proper use is made of these programs. It is not enough just to install an antivirus or firewall on every computer in the company. The user must also know how to use the program in question. Hackers have full knowledge of these programs and can easily mislead users. Sometimes they even mislead the protection programs. A user can be misled by methods such as phishing if he or she only needs to know one of the e-mails with which we are in contact. The would-be hacker creates an e-mail account exactly the same as the one we are used to exchanging daily messages with and sends us a picture or a link that says something about our area of interest. When this link is opened, if it is “well done” it is not recognised by the firewall as a virus, but even if it is not so professionally done who would imagine that the e-mail he regularly talks to has been sent by malware? 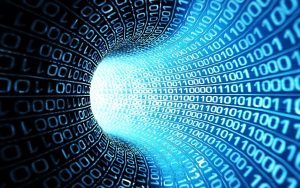 Malware spreading on the network

The above is one of the many ways they use to access personal data. An experienced user might recognize the malware and not open it, but it is not enough to be just one knowledgeable user as attacks of this type work in chains. If one computer is attacked by the company’s system, it is very easy to attack higher levels through other techniques.

Staff should be trained in electronic data security and computers should be regularly checked for harmful software, which may not be recognized by the window or Linux protection system, but which may have unauthorized access to files on our computer.