Threatening messages from a fan.

An interview of Detective Pelekasis Nikos in the newspaper “espresso“.

The fan’s threatening messages and his terrifying actions

A well-known model experienced an unprecedented nightmare. For a year she received death threats from a love-struck admirer. The 26-year-old Greek beauty, who is a “goddess” of the catwalk, from one moment to the next was faced with an unbelievable hell that haunted her daily life. And when the situation reached the breaking point, fearing even for her own life, she turned to a well-known private investigator asking him to protect her.

According to what detective Nikos Pelekasis told Espresso, “the girl, obviously frightened, asked me for help. As she revealed to me, for about a year she found in her car and at the door of her house in Maroussi, love letters and flowers from a love-struck admirer.

At some point, when this man saw that there was no response, he started threatening messages. The 26-year-old is well known in the modeling world. Since she was scared, she always made sure to walk around with a friend or acquaintance. About ten days ago, however, the terror became even greater.”

As he pointed out, “the fan managed to reach the balcony of her house and stole her underwear from the laundry. The girl then realized that his next move was to break into her house.”

Threatening messages from a fan: 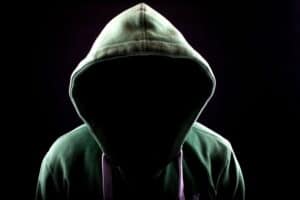 With the help of high technology, Mr. Pelekasis immediately began investigating the case. But the fan was particularly careful. “He was brilliant and always made sure to take the appropriate protective measures. Eventually, however, we managed to flush him out… We caught him in the act while he was trying to remove the model’s clothes and underwear from the laundry again.” The private investigator then said, “He is a 40-year-old bank employee who resides with his family in Agia Paraskevi. He is married with two children. When we caught him, he immediately told us that he didn’t want to hurt her. He had just fallen madly in love with her.

The love-struck man immediately apologized for his actions. He pleaded with both the 26-year-old and the investigating agency not to involve the police. “He expressed remorse and asked us not to let his wife and two children know anything. That his family not be broken up. The model at first wanted to press charges. However, in the end and after she calmed down from her adventure, she did not go further. The 40-year-old promised that he would never bother her again,” Mr. Pelekasis said and concluded:

“She now feels safe and after more than a year she can go out with her friends and go about her life. As for the dozens of messages that were sent, they are in our hands to be used in case the 40-year-old relapses…”

Published in the newspaper espresso.
Threatening messages from a Nightmare Wondrous. Detective Pelekasis Nikos and Associates.