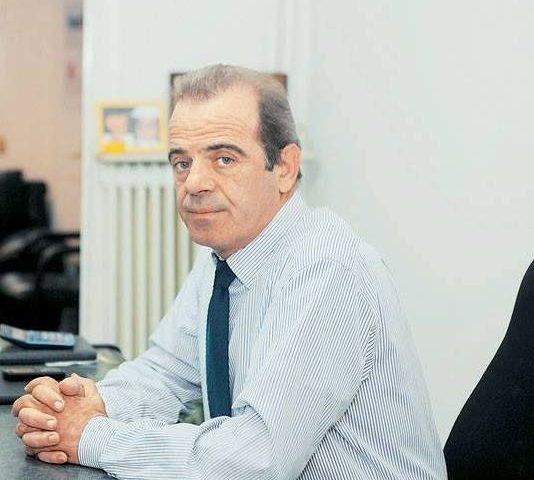 A Greek ” true detective” An interview of detective Nikos Pelekasis to the magazine “vice”.


First impressions on arrival at the investigation office

His private investigation office is located in one of those 1970s Athenian apartment buildings with an absurdly small elevator: ‘Don’t be afraid, even if you get locked in, I know how to get you out,’ he told me later.

On his office door he writes only the word “Detectives“, a term he says is not officially used for private investigators. I can tell from the font on the sign that it’s been there for a long time; after all, Nikos Pelekasis has been in the profession for over 30 years, having completed a successful career with the NSA.

The walls of his office are white and the place looks almost empty. On the few shelves are mysterious tiny detection devices; all next to a promotional calendar that reads “Pelekasis” in large letters.

“We don’t keep a record of the cases we’ve closed,” he explains. The shredder is a large black box with plastic teeth. It noisily swallows every trace of evidence they have collected during the investigation, as he demonstrates to me by destroying a cdr in seconds.

He wears a pink shirt, has blue eyes and is polite. Yet I understand that he has probably been looking for clues about me before I met him. In just the first five minutes of our conversation I challenge him to guess my exact age and – a rare thing – he falls for it. He then goes on to describe my character quite successfully as he draws indifferent squares on a page of paper in front of him. I think to myself that all of this seems a bit odd, but the guy probably has a talent for this kind of work.

“Collecting information is an art. It takes training. When we’re looking for someone and seeking information about them from, say, their neighbors, we need to get them to talk more than four times before they open up to us and ‘recruit’ them to get the information we want,” he says.

So chatterboxes are probably the most useful informants. Unwittingly of course, as most private investigators do not reveal their identity. Instead, they use various forms of disguise to make their work easier. In fact, they often choose to dress as priests. The robe makes a complete stranger inspire confidence and is particularly effective for detective work, I’m learning. 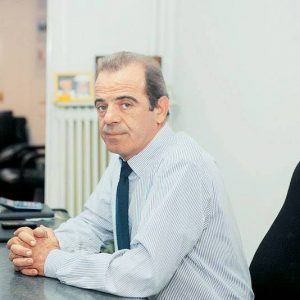 Technological tools in surveys and the most common assumptions

I ask him if he uses a magnifying glass in his research, like “Sherlock Holmes”. Some still do, he says, but technology has come a long way: he shows me a camera the size of a pin from his research equipment. Then he shows a small flashlight-like device that detects any hidden camera in a room. “Sometimes, hotels ask us to check if someone has illegally placed cameras in rooms,” which is not unlikely, I learn. Such devices can be easily found commercially, he points out.

Pelekasis’ office has handled hundreds of cases over the years. Wives who suspect they are being cheated on, businessmen looking for missing debtors, and parents who ask him to watch their children are his most common target groups of clients. The latter case, however, becomes rarer as the years go by. Parents who are concerned about “what the child has gotten into” are coming less and less, he tells me, as it seems that “they don’t care as much as they used to about their children.”

The impact of the crisis on customer demands

Cases of marital fraud are still common, however, as people trust their partners less and less, and the crisis has contributed to this. Often such cases arise in couples due to unemployment, he says. The fact, for example, that a man has lost his job and the only family income is that of the woman, can break the couple’s trust. “Sometimes I become something like a psychologist for my clients,” says Pelekasis.

Lately, however, more and more unemployed people have been knocking on his door, entrusting him with the most difficult task: finding them a job. Yet the most tragic cases involve people asking him to help them sell their kidney. The e-mails sent by potential sellers are shocking. And they are not a few. One of them is titled “Urgent”, in another the prospective client states that they are “offering” a kidney or alternatively a marrow to make a living. Most are unemployed with children. “We explain to them that there is nothing we can do,” Mr Pelekasis clarifies.

I leave the office and walk down the stairs thinking that no one can know how many unlikely stories might be hidden behind closed doors. Except, of course, Mr. Pelekasis.

A Greek “True Detective”. An interview of detective Pelekasis Nikos in the magazine “vice“.